Arrive in London, transfer by private vehicle to hotel for check-in. Rest of the day free at leisure.
2

Free at your own leisure on day time.
[Daily] Evening, join the “See London By Night” Tour which especially designed to show you the very best of London’s famous landmarks, all beautifully lit up in the night sky. Tours are fully guided (in English) and depart from our bus stop on Piccadilly, next to the Ritz Hotel by Green Park underground station.
3

In the morning, visit the real-life locations that inspired some of the most iconic places in the wizarding world of the Harry Potter film series. Pass Westminster Tube Station, as seen in The Order of the Phoenix, used by Harry and Mr. Weasley on their way to the Ministry of Magic.
In the afternoon, you’ll head off on the Warner Bros Studio tour and visit the Harry Potter studios, where the blockbuster movies were filmed. Step into the spectacular sets of the Great Hall and dining room, the Forbidden Forest, and Diagon Alley.
4

Check out from your Platform 9 3/4 hotel for departure. 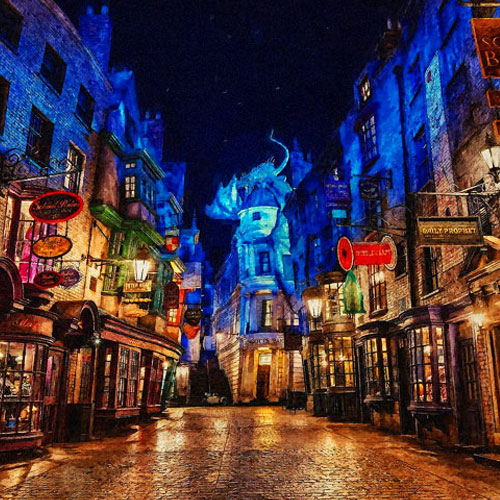