Meet the tour guide at the passenger’s arrival area and transfer to hotel.
2

We will visit the United States Military Academy at West Point ($16), also known as West Point or The Academy, is one of the oldest military academies. It is also the oldest continuously occupied military post in America dating back to the Revolutionary War. The tour will be led by the Academy’s official tour guide. (All foreign national visitors must provide and present a valid passport and visa. All U.S. citizens age 16 and older must provide and present their own valid photo identification. Anyone under 16 must be accompanied by an adult). Next, shop at the World’s Finest Outlet, Woodbury Common Premium Outlets.
3

Step on top of the tallest building in the Western Hemisphere, on levels 100, 101, and 102 of the 1,776 foot tall One World Trade Center building, One World Observatory™ provides unique, panoramic views of New York City, its most iconic sites, and surrounding waters (option: $37). Take a sightseeing on the Liberty cruise tour on the Hudson River (option: $29) to enjoy the city view on a different angle as well as take pictures with the backdrops of Statue of Liberty and Brooklyn Bridge.

In the morning, visit Philadelphia, well-known as the birthplace of American democracy. At the Independence National Historical Park, you will have a special moment of standing exactly where the Declaration of Independence and the Constitution were signed inside the Independence Hall. You also won’t miss the Liberty Bell which is recognized for its famous crack. Go beyond the iconic crack to learn how this State House bell was transformed into an extraordinary symbol. You will also see the Statue of
Washington, Congress Hall, and many other great attractions.

Afterwards, head to Washington D.C. and visit the Lincoln Memorial. This grand monument overlooks the Reflecting Pool, the Washington Monument and the U.S. Capitol. Inside, the 19-foot marble statue of the 16th president is flanked by inscriptions of his Second Inaugural Address and the famous Gettysburg Address. We will also stop at the Vietnam Veterans Memorial and the Korean War Memorial. The two monuments honor members of the U.S. armed forces who fought in the wars. Next, we will go to Smithsonian National Air and Space Museum which is located on the National Mall (also known as the Capitol Hill). We will take a glance at the human aviation and space heritage as well as have a vision of space travel in the future through thousands of objects on display, including the 1903 Wright Flyer, Charles Lindbergh’s Spirit of St. Louis, the Apollo 11 Command Module Columbia, and a lunar rock you can touch. Later we can take photos with backdrops of the White House and the U.S. Capitol. The two buildings compose the nerve political center of Washington D.C. and the nation. Don’t miss the opportunity to take our exclusive DC cruise (during summer only) for sightseeing of the town along the Potomac River.

If DC Cruise is closed, we will visit the International Spy Museum. This museum explores the craft, practice, history, and contemporary role of espionage. It is the only public museum in the United States solely dedicated to espionage and the only one in the world to provide a global perspective on an all-butinvisible profession. It also features the largest collection of international espionage artifacts ever placed on public display. Along the way, you will also see and pass by the Thomas Jefferson Memorial, WWII Memorial and more.

 Corning Glass Center ($20) – Arrive at one of Fortune Global 500’s headquarters, Corning, to visit the Glass Museum. Its collection contains more than 45,000 objects. You will be invited to enjoy the Hot Glass Show performed by professional glass craftsmen.

After your lunch, head for the renowned Niagara Falls. Overlooking the American Fall, the Horseshoe Fall and the Bridal Veil Fall, you will be astounded by the deafening roar of the falls.

Return to hotel at night fall.

Cross the upstate New York and leave for Boston where you will enjoy the magnificent view of the Erie Canal and Mountains. Arrive in the City of Cambridge, Massachusetts and visit Harvard University. Here, you will find Harvard’s oldest campus and take pictures with the statue of John Harvard, known as the “Statue of Three Lies”. Have a chance to take pictures with the backdrop of Massachusetts Institute of Technology’s main buildings. For the rest of Boston city tour, we will pass by old Trinity Cathedral, Hancock Building, Boston Athenaeum, Boston Park, Swan Lake Park, and overlook the Golden Dome of the State House. Have the chance to take the very famous Boston lobster (option $32) feast for dinner.
7

In the morning, we are heading to the smallest state in the US – Rhode Island, and visiting The Breakers mansion, it is not just one of the most famous, but is the largest and grandest of the several historical Newport “cottages” that dot the ritzy coastline. And later we will visit Yale University with professional tour guide of the university (option In-depth Tour $11).
*If Yale University is closed for tours, we only visit public area.
8

In the morning, fun will begin as soon as you board the cruise ship and enjoy a breathtaking view of the Boston harbor. The next stop is the old Quincy Market. The Market is also surrounded by dozens of restaurants for dining with a variety of authentic cuisines especially the famous New England clam chowder. Guests will then be sent to airports in Boston or in New York. 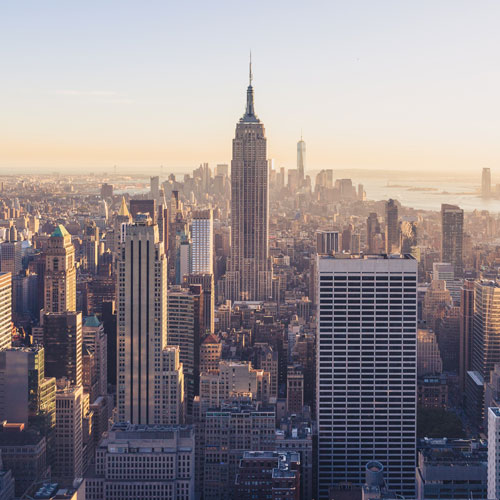